This is an online l33t translator. It converts your regular noob speak into l33t speak so you can converse properly with other h4ck3r5. Note that this is an advanced l33t speak translator, so if you are not actually l33t you might not be able to understand it. Don't worry though, you can use this l33t converter to learn. If you think this is way too easy, you might be interested in learning super advanced leet speak.

L33t is an umbrella term for a group of alternative alphabets for the Latin alphabet. It originated during the 1980s on bulletin board systems where being "elite" meant that you had elevated privileges compared to regular forum users. Over time the term "elite" evolved into "leet" and eventually "l33t". 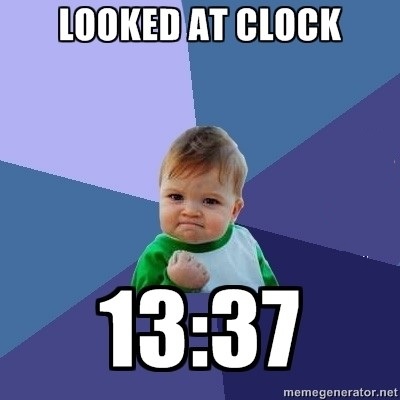 The use and proliferation of "l33t" style language was hypothesised to have been caused by keyword blacklists imposed by forum administrators. Foul language was automatically blocked, but these blocks could be circumvented by replacing letters of the banned words by numbers and other symbols.

The continued evolution of l33t speak

Though the l33t alphabet is still used to avoid keyword blacklists, a huge number of other uses have emerged. In-group communication with advanced forms of l33t speak may act as a way to add a mild level of privacy in chat rooms, or simply provide a means to display ones l33t h4XoR status. 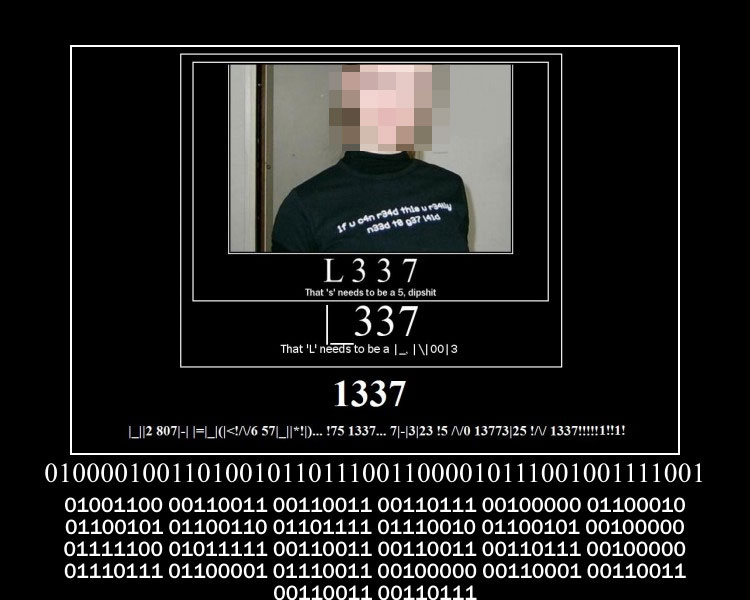 The l33t alphabet is constantly changing. There are currently a huge variety of different characters used as a replacement for each Latin character. Because of this, you may find it difficult to read advanced l33t speak at any reasonable pace. With practice, you will likely overcome this, and I hope this translator helps you out a bit along the way. Also, tis chart of l33t characters may help you out (click to enlarge):

If you've got any suggestions to improve this translator, please submit them via the suggestions box!