You may have found this page after seeing someone post glitchy text (ļ̵͝i̴͋ͅk̵̡̚e̵̝̎ ̷̡́ẗ̸̠h̵͚̊i̸͈̐s̴̬̚) in the comments of a blog post, youtube comment, or other social media page. And now that you're able to genertate your own creepy ("zalgo") text using the above translator, you're probably wondering: How is text converted into weird glitch text like this?

Well, the story starts with Unicode. Unicode is an industry standard that manages all of the characters that you view on most of your electronic devices. Unicode contains certain special characters called "combining character". Rather than being their own individual letters, these characters are added to other letters and symbols. The result: we can add weird glitchy marks to your text.

In the study of written language, the marks that are added are called "diacritics". Though they are useful for generating crazy text which we can copy and paste into the comments of a funny cat video on YouTube, they're also very useful when we want to augment the way a letter is pronounced. By adding a diacritic, we can specify that the letter is pronounced in a different way than usual. 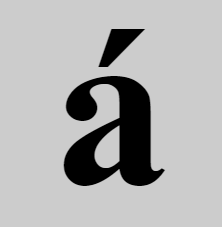 When you first saw this strange text, you might have thought it was a hack or glitch which caused it, but, of course you now know that that is not the case. Anyone can convert their text into weird hacky text with all sorts of strange marks - no hacking skills required ;) That's not to say that you can't use this converter to create glitchy text and wow all your n00b friends. (I did consider calling this the "hacked text generator", but even though it probably sounds cooler, it's a little misleading).

You can copy and paste seeminly malfunctioning text into most blog, and social media comment sections including Facebook, YouTube, Twitter and Tumblr. That's probably where you first saw this weird text before you came looking for a translator. If you cut and paste it into form which only allows a certain subset of unicode characters, then the strange glitchy marks may be removed, or possibly all of your text. Examples of where you probably can't use it are for when you're creating an email address, and when you're creating a website domain.

This glitchy form of text is also known as "zalgo" text. Zalgo is an internet meme which was started by Dave Kelly. The meme involves taking a regular non-creepy image and creepifying in some way. Below is an example of a regular comic converted into zalgo form:

Zalgo can also refer to the creature which pervades zalgo memes - a creature of indescribable terror. He is also known as "He Who Waits Behind the Wall" and the "Nezperdian Hivemind".

With over 120,000 different symbols, Unicode gives us a HUGE variety of ways to mannipulate and have fun with text. This hacky distorted text is pretty awesome, but it's only the beginning! I made a "fancy text generator" which showcases all sorts of other "fonts" using weird unicode symbols.

Special thanks to combatwombat for creating an amazing JavaScript library that does the conversion! Enjoy creating and sharing y̶̱͠ö̷͙́ù̵̻r̵̜̓ messed up text! :)