This translator converts the English alphabet into the Braille alphabet (Grade 1). Braille is a system of tactile communication which allows visually impaired people to read and write.

Braille has it's origins in a form of silent and tactile communication that was developed for use by Napoleon's military. This was known as "night writing" since it allowed for communication in low-light conditions.

A little over a decade after Napoleone was defeated, and blind 15 year-old boy named Louis Braille set about improving night writing so that it was more practical for blind people and easy to learn. He soon published his system, and later added musical notation.

The simplest form of Braille in English is known as "Grade 1 Braille" and it is just a letter-by-letter transcription of the English alphabet. The following chart shows the Braille symbol for each letter of the alphabet: 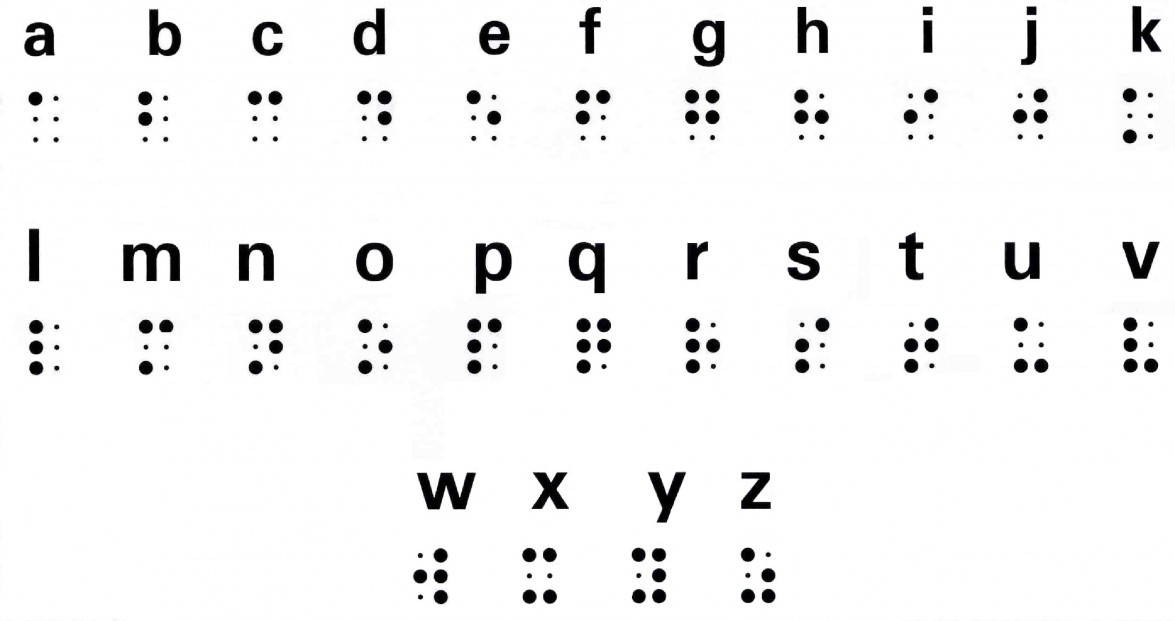 As mentioned above, these Braille letters are the most simple form of Braille English. The Braille alphabet is important to learn if you'd like to learn Braille, but eventually you'll probably want to learn Grade 2 Braille. Grade 2 Braille extends the Braille alphabet with a number of contractions which make it easier and faster to read and write Braille. For example, the Braille character "⠡" represents the commonly occuring "ch" letter pair in English.

A reminder: this is Braille converter helps you translate individual letters to Braille and does not include any Grade-2 contractions or abbreviations.

Unicode is a computing industry standard which seeks to align the representations and encoding of text symbols. All major browsers now support unicode and have done for some time. So aslong as you've got a modern browser, you can copy and paste the Braille Unicode symbols wherever you like.